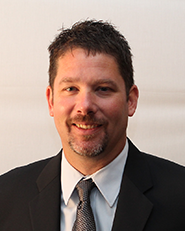 Nashville, Tenn.— Nick Sabino, founder and president of Deer Park Roofing Inc., Cincinnati, has been elected the next chairman of the board of the National Roofing Contractors Association. Sabino will serve for the 2019-20 fiscal year. He was elected during NRCA's 132nd Annual Convention held Feb. 9-13 in Nashville.

"It takes a lot of volunteer service to the roofing industry to ultimately become the NRCA chairman of the board," says Reid Ribble, NRCA's CEO. "Service, dedication, hard work and a team-building attitude define Nick Sabino in his efforts to make NRCA and the broader roofing industry a better place for all of us. We welcome Nick as he leads us into the future!"

He holds a bachelor's degree in mathematics from Xavier University, Cincinnati.

Sabino will begin his one-year term as the highest-ranking officer of one of the oldest construction trade associations in the U.S. June 1, 2019.