More women in Massachusetts are entering the trades 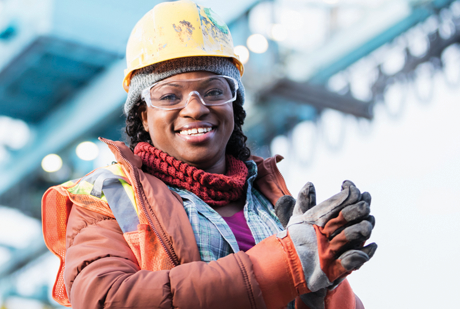 Construction is one of the few fields that has gained women during the COVID-19 pandemic, and women make up 10.3% of trade apprentices in Massachusetts—the highest share in the U.S., according to wbur.org.

There also is increasing interest in the trades among girls in the state, who now make up 21.1% of enrollees in Massachusetts high school vocational and technical programs.

The number of women in trades has steadily increased in Massachusetts during the past decade; Liz Skidmore, an organizer at North Atlantic States Regional Council of Carpenters, says that partly is because of significant efforts to recruit and train more women. However, she also said the numbers ramped up when former Gov. Deval Patrick’s administration began requiring contractors to hire more women and people of color to win state-funded building projects.

Skidmore would like to see more women enter the construction industry, which can offer good pay and benefits.

“These are fabulous jobs,” Skidmore said. “They’re deeply satisfying. Like you get to drive around the city going, ‘I built that.’”

Angela Lormeus, a second-year carpentry apprentice who switched from a career in early childhood education, said she did not experience a major cultural shock when she shifted from working in an environment with mostly women to working with nearly all men.

Skidmore believes the idea that men in construction are more sexist than men in other industries—a stigma that has made it difficult to recruit women to the industry—is a persistent misperception.

“There are stereotypes and discrimination in every industry,” Skidmore said. “But this idea that somehow it’s worse in construction, I just think is not true.”

Eyoda Williams, a first-year apprentice with the Carpenters Local Union 327, said she sees a place for women in the trades.

“I honestly cannot see myself going back to an office environment,” Williams said. “I feel like I made the right decision for myself and also my family.”